I don't have a lot of pictures from our performance "E TU CHE COSA FAI?" done with Luca Salvatori and Frank Brait in Fanfulla (Roma,IT). But I think its also cool to show it to you in an other way. I also want to share through this mini-report my live experience in/with Misto Mame (a flat/collective in ROMA run by Frank and the other roommates).

"E TU CHE COSA FAI?" is a performance/spectaccolo/gig, its also one of the first question I ask to Frank and Luca to know how we will manage to build the performance. 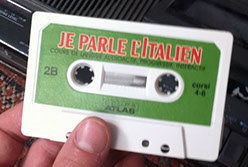 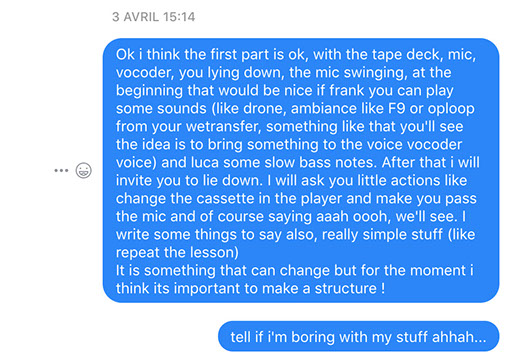 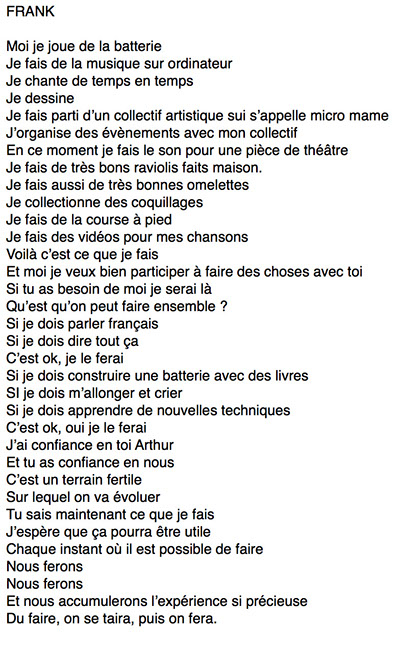 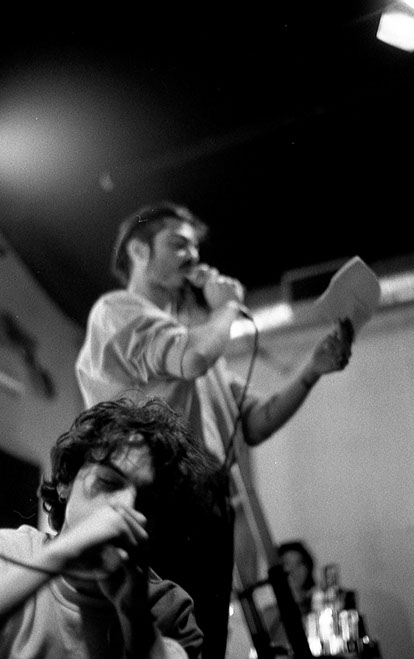 Frank speaking (the text above) during the performance, Luca making choir.

This is a few videos I sent to Frank and Luca to show them my experimentations / to teach them some skills / or to explain what I wanted to make for the performance.

I arrived in Rome the 24st april.

I discovered the same  night Fanfulla (the fantastic place where we played) and the Misto Mame flat. We had only 4 days to rehearse before the show.

The video is a summary of my days there.

All the videos come from Frank's phone. 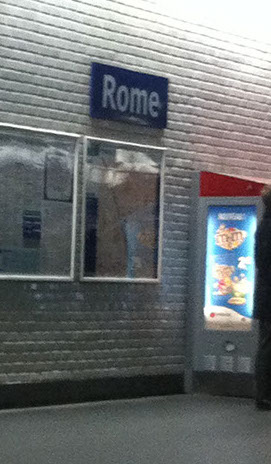 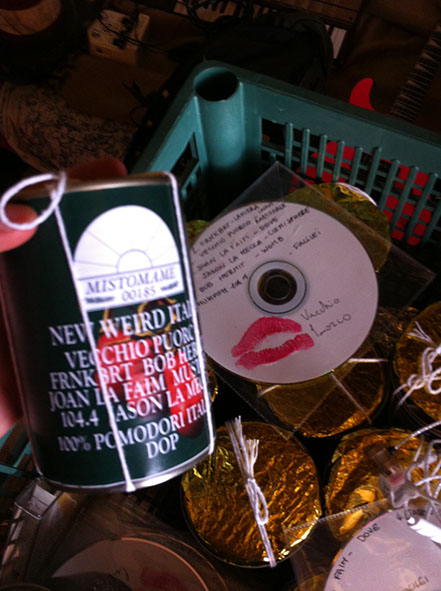 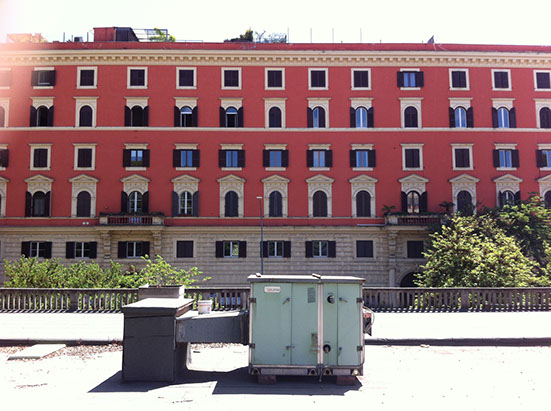 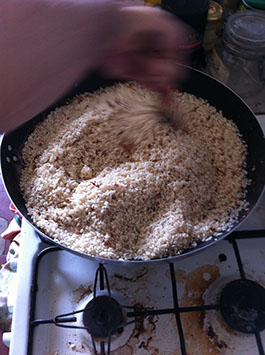 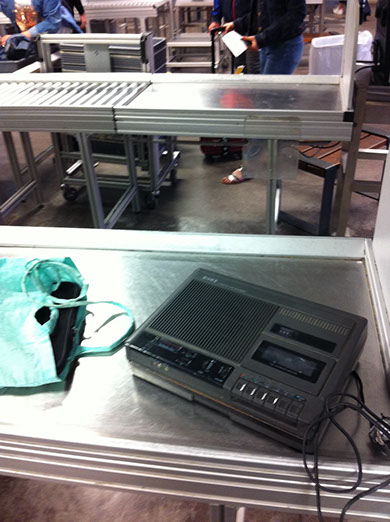 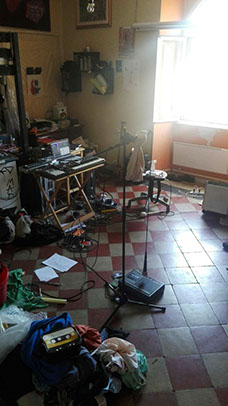 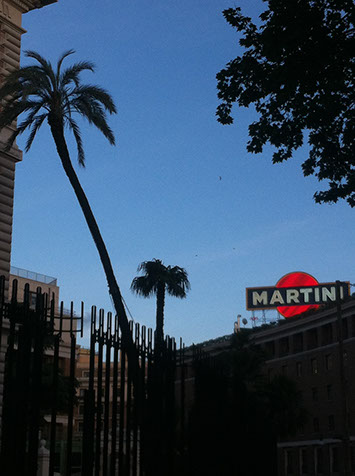 PICTURES FROM MY PHONE 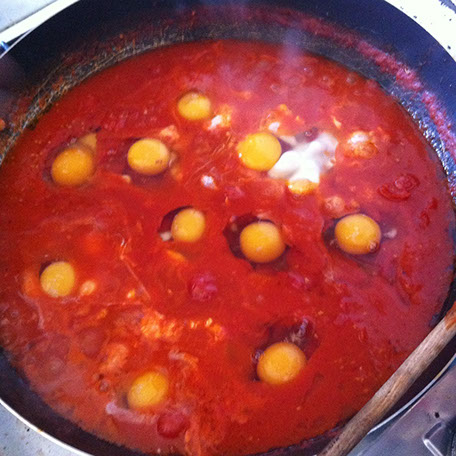 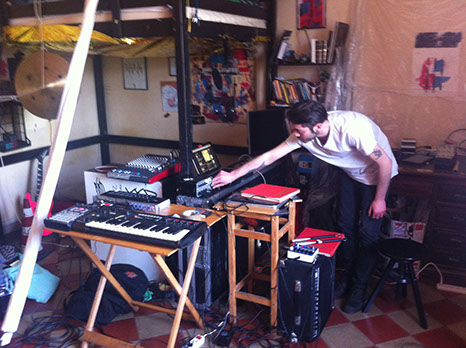 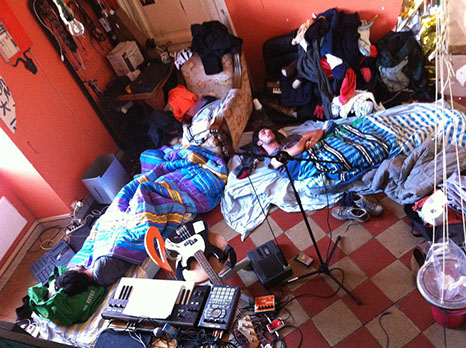 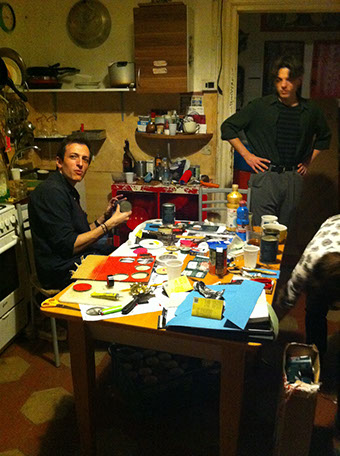 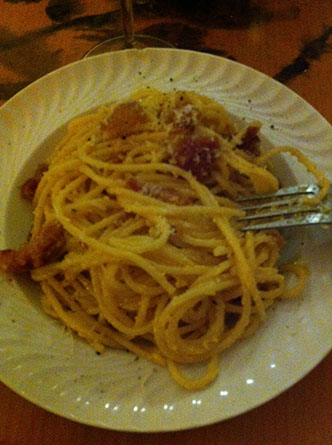 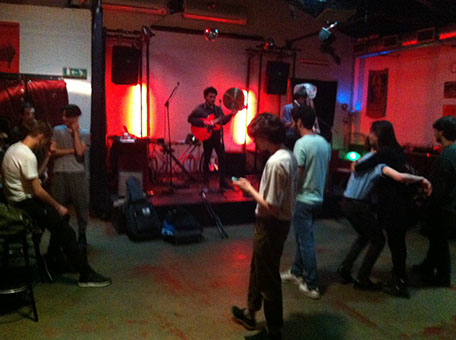 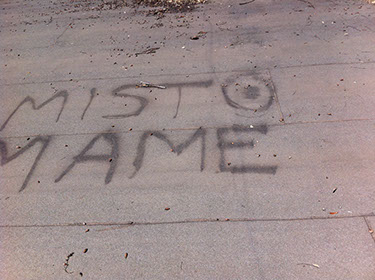 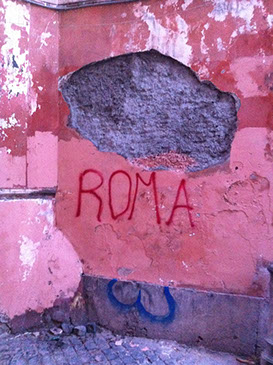 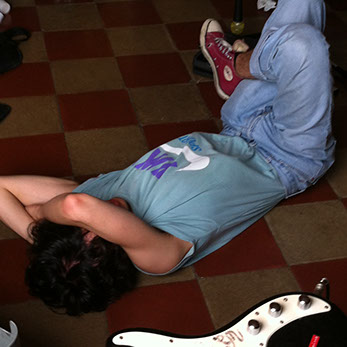 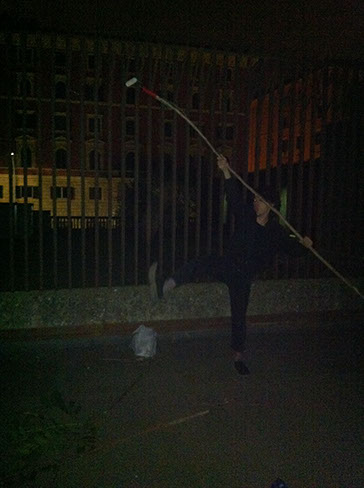 I found a picture of our performance 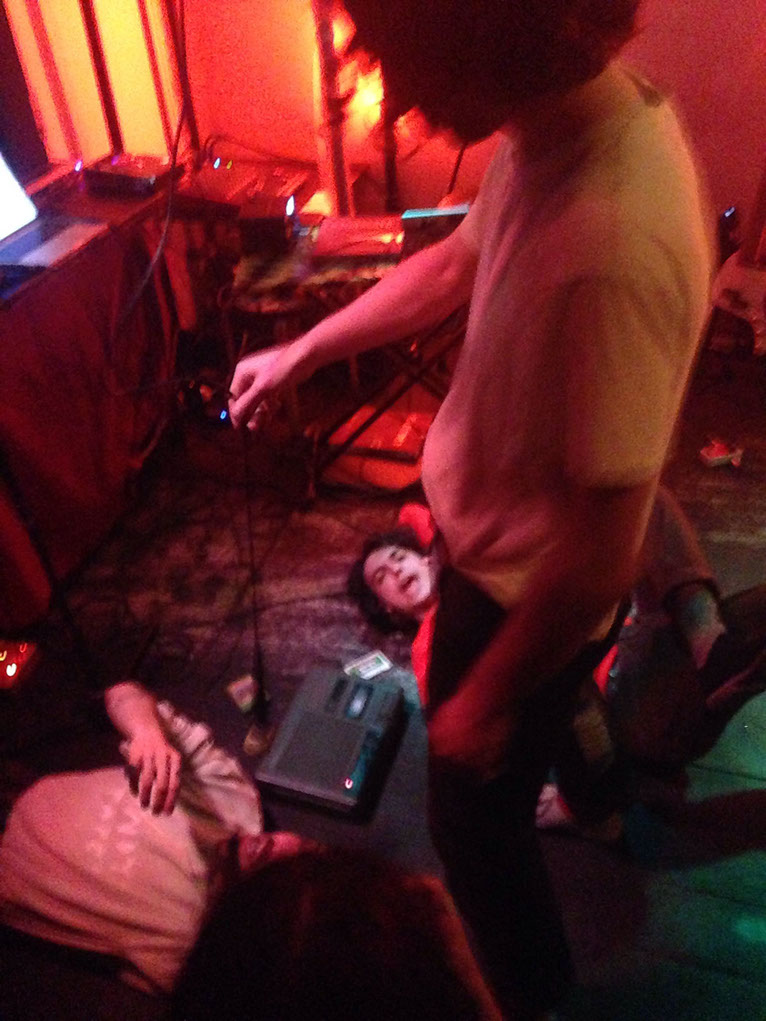 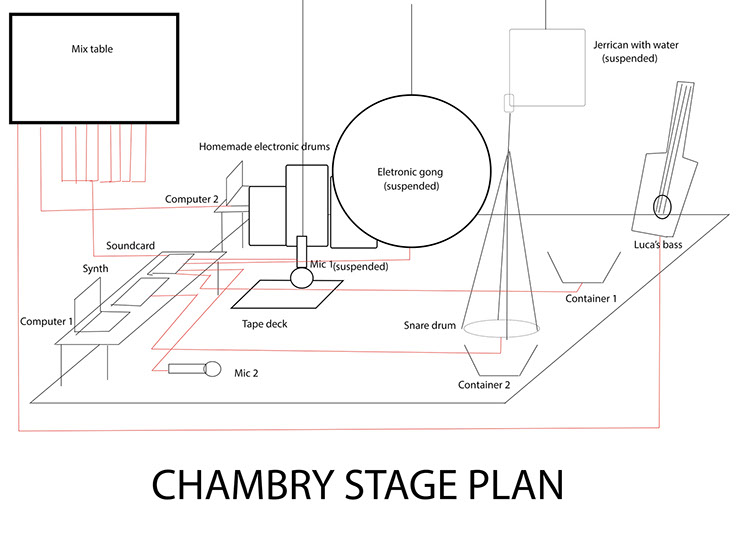 Pasquale Iossa, a friend of Misto Mame guys saw our performance and he wrote something on his facebook wall about it. I had made a gogole translate of this text and I understood that it was really complimentary, I was so touched by his words.

Text about the night and our performance by Pasquale Lossa

" It’s still fresh in my mind the party we tasted last night, while coming back home to Naples, in the deafening regional train in which the only argument of discussion of the day is the Juventus match.

In my hand I have the 100% Italian tomato jar - New Weird Italia - physical testimony of one of the most engaging evening of my life.

Misto Mame is a collective that lives music more than play it.

The curtain rises on a quite silent Jason la Mecca - why do we need words when music speaks? -backed by Paul Mellor. It is a big responsibility to open a party like that, finally outside the apartment’s walls and Marcello Rotondella has all the awareness. The scene is all his own and he delights us with more and less known tracks, some of which in a live, amazing, energetic key, causing the endorphins in the body to unleash, a scream against the weekly stress.

‘Non sono morto’ is able to make even the shyest ones dance, the inhibitory brakes are loosened, the guitar and synth mix is ​​a surgical cocktail, precise to the last drop. The grit put on the stage was all paid off.

The time to order a Negroni and skip from the chatter to the most complete silence.

There are two mens on the ground, Frank and Luca - the drum & the bass - practically invisible to most and Chambry, a French artist who performed live in Italy for the first time.

The anxiety of failing, of not being understood, can be felt in the eyes of the pillars of Misto Mame.

As before, not explaining is the best way to make yourself understood.

We hear distorted voices, sounds, a whole set of 'noises'. The microphone dropped on the heads of the two boys from the above is their God, the only way that allows them to speak, to be heard, to give their voices in the chaos in which we live. Crazy and brilliant. And just when the voices dominate the sounds, here is that Chambry comes by grabbing the microphone like a deus ex machina deciding who and when he has the faculty to speak.

More than a piece, this is a life lesson.

The three artists tell us what they really are outside the banalities of everyday life, they are pure art prepared in just 3 days.

In the scenography there is a ladder with a water envelope tied with string on the last step.

Symbol - I told myself - of a daily precariousness, meaning the danger of the summit, acumen that becomes natural catastrophe, the conditional that overwhelms everything with itself, " what if the string break itself? If the envelope fell? If the ladder is not so stable? "

The question is only one: can the trickle be played?

And so while the synthetic sound vibes drop by drop, the mutations of Frank Brait and the decisive blows of Luca starts, while Chambry is busy to vehemently beating the drum’s ride like a gong.

I’ll try to label this kind of music: Distopyan Music, they need their own genre.

Dystopia is an imaginary undesirable or frightful society with negative social tendencies taken to the extreme limit. In an ascending musical whirlwind, in a whirlwind that involves the listeners more and more, the dance starts.

Took part in those sounds and music was an non-ordinary experience, you lose control of your body, because he only thing that matters is to dive yourself into the music.

Here - as already mentioned - the music does not play it, they live it.

The last act is Teiuq, able to make us dance until the dawn lights with its blending African mixtures. Now everyone is dancing and it is not the alcohol’s fault, is that even the awkward ones - those who prefer to spend the evening sitting or smoking outside the club - there is also Misto Mame inside them and you can not help but feel the rhythm within oneself.

The last step is of what I would call by far the best concert of the last 3 years, able to pull off feelings like the “chakra” - which I do not normally think - is, precisely, the Misto Mame apartment.

With the knowledge that I'm not coming home, but that I just left home. "